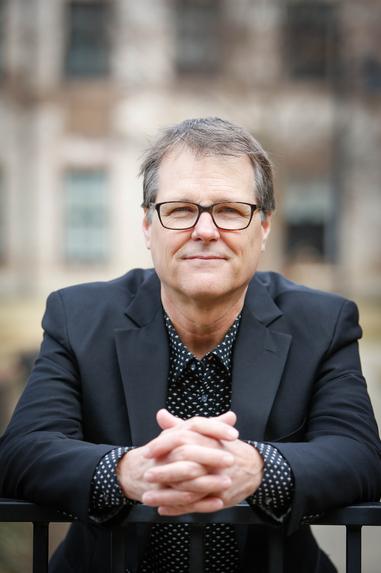 Poet, Educator, Director of the Carson McCullers Center for Writers and Musicians.

Nick has earned wide recognition for his work, having been awarded a Pushcart Prize, an International Merit Award in Poetry from Atlanta Review, a residency at the Jentel Foundation in Wyoming, both a Tennessee Williams Scholarship and a Walter E. Dakin Fellowship from the Sewanee Writers’ Conference, twice been a finalist for the Vassar Miller Prize, once each a semifinalist for the Verse Prize and the “Discovery”/The Nation Prize, and a finalist in both the Morton Marr Poetry Contest and the Texas Institute of Letters Helen C. Smith Memorial Award for Poetry. His first book, The Soft Blare, selected by Andrew Hudgins for the River City Poetry Series, was issued in 2003. His second book, A Palace for the Heart, winner of second prize in the Mellen Press Poetry Contest 2002, was published by that press in 2004. In 2007, he published a limited edition, fine press book, Wrestle, in collaboration with the artist and master printer Erika Adams. In 2016, he and Erika Adams produced a second book, Text. His third full volume of poems, Gravel and Hawk, won the Hollis Summers Prize in Poetry and was published by Ohio University Press in 2012. His fourth, Eagle & Phenix, came out in spring 2019.

Nick Norwood has also published a number of essays, reviews, book chapters, and critical studies of poetry, and in March 2016 his article on “Tone and the International Style” in the work of the Northern Irish poet and Nobel laureate Seamus Heaney appeared in the international Irish studies journal Estudios Irlandeses, published at the University of Barcelona. Nick has been the sole poet representing the United States at the Euroscience Open Forum’s session “Science Meets Poetry” on four separate occasions—in Munich in 2006, Turin in 2010, Copenhagen in 2014, and Manchester, UK, in 2016. An award-winning teacher, Nick served as the co-director of the EC-Ireland study abroad program from 2013-2015, as site director of CSU’s Spencer House in Oxford, England--where he was also a visiting fellow at Greyfriar's Hall--in spring of 2008, and has taught in or directed study abroad and study away programs in Oxford, Swäbisch Gmünd, Germany, and New York City.